It’s funny how life can be charging along at full speed, everything going right (or about as right as it usually goes) and then, when something happens and everything comes crashing to a halt.

I had personal goals set for the year – goals related to work, goals related to photography, goals related to other hobbies that I have.  For example, I belong to a weekly photography group called 52 Frames.  I managed to have a perfect submission record in 2013 and 2014 — and I stared that way in 2015 as well… until my mother died in February – and then my life came to a crashing halt.

It took me longer than I expected to get back into my routine.  Needless to say, I did not maintain my perfect submission record.  In fact, there were times, even months afterwards, where I just didn’t feel motivated enough to take and submit a picture.  Even when I began to emerge from the mourning, I still wasn’t always 100% motivated to be creative.  As a result, my photography suffered.

That’s not to say, of course, that I didn’t produce anything of value over the last year.  I have a number of shots (see below!) that I’m extremely proud of from 2015… it’s just that I think that, had circumstances been different, I could have done far better.

Well, 2015 is just about done and I’m ready to face new challenges.  I’m looking forward to submitting to 52 Frames all 52 weeks of the year, as well as try some new, personal photographic challenges.

All that being said, let’s take a look at what I did do in 2015, and some of my favorite shots from the past year.

Macro and floral photography have always been among my favorites.  There’s just something about a beautiful flower, bursting out in color, that puts some life back into the spirit.  In addition, it’s always refreshing to see them in new ways, from angles and perspectives at which you don’t usually see them… and there are two such shots from this past year that capture those ideas. 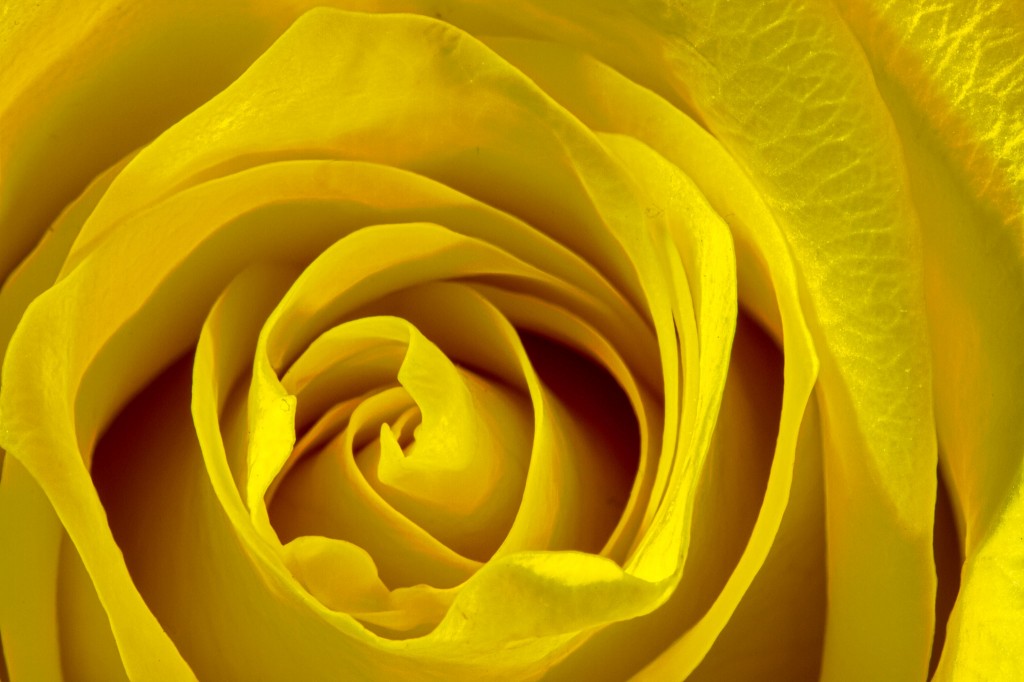 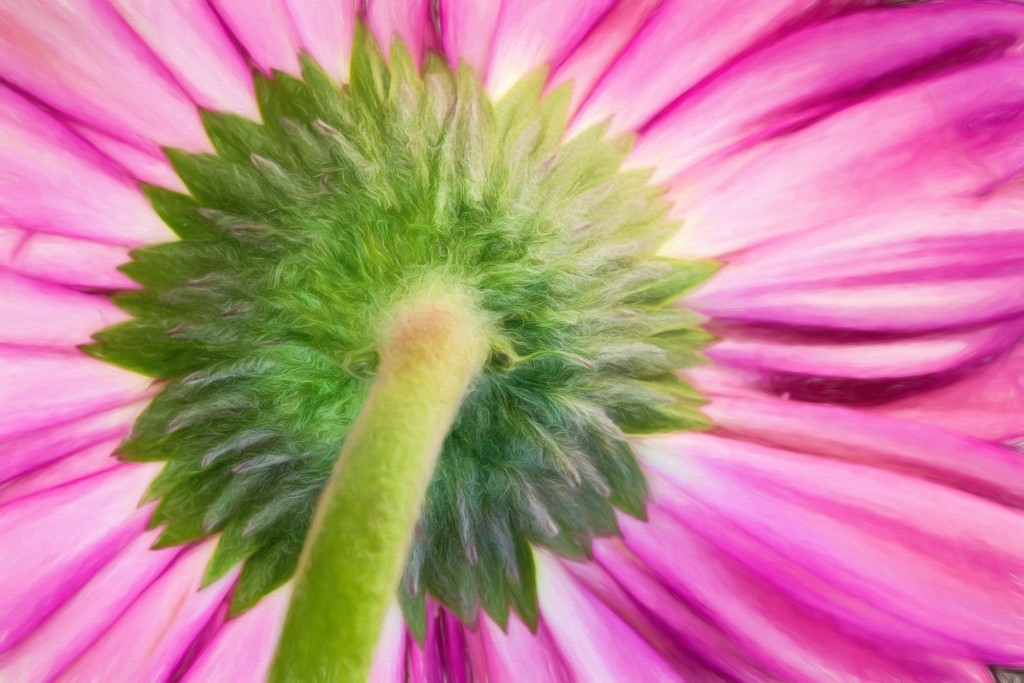 The yellow rose is a standard macro shot.  I really like the detail that you can see in the rose petals in that shot.  Most of us don’t really stop and really look closely at roses and other flowers and I always marvel at the beauty contained in them when I do.

The second shot is a daisy shot from behind.  When we look at flowers, we generally look at the front — and for good reason.  But every now and again, it pays to look at them from the other side.  Sometimes, the shift in perspective is interesting in and of itself.  And, again, I love the detail that can be seen on the back of the stem.  Details in pictures are, to me, like sweet maple syrup on pancakes… you could live without it, but why would you want to?

The next two shots are from the city that I call home – New York City.  New York City is famous for lots of things including it landmarks and skyscrapers.  Of course, as a New York resident, I try to photograph them as well.  However, as with the flowers, sometimes you need to find a different way of seeing them, a new angle to explore.  I tried to do that in these next two pictures. 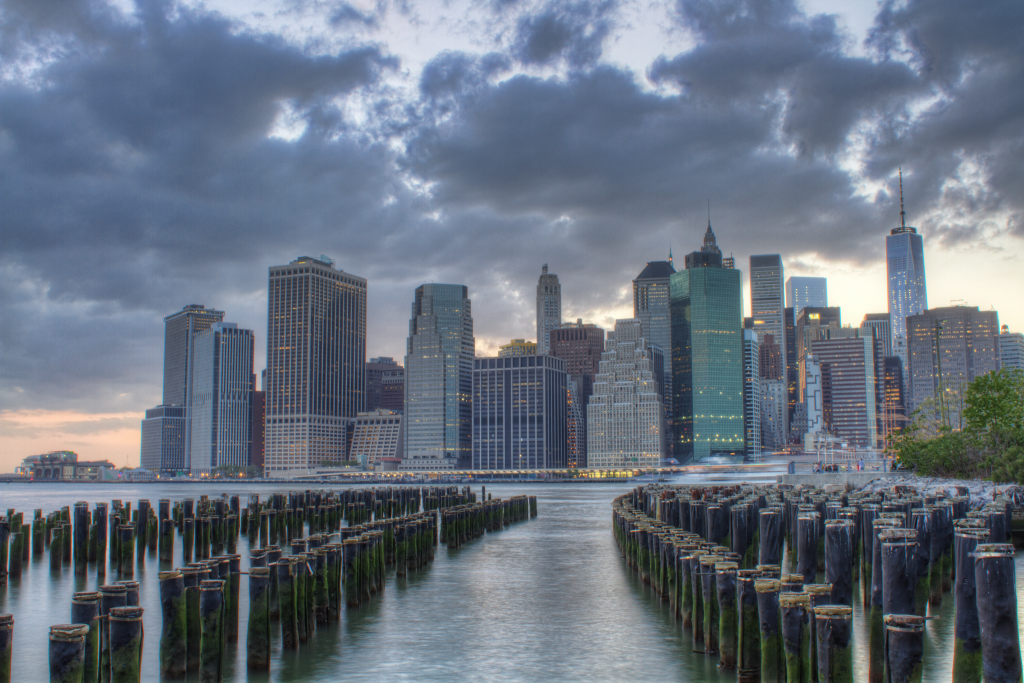 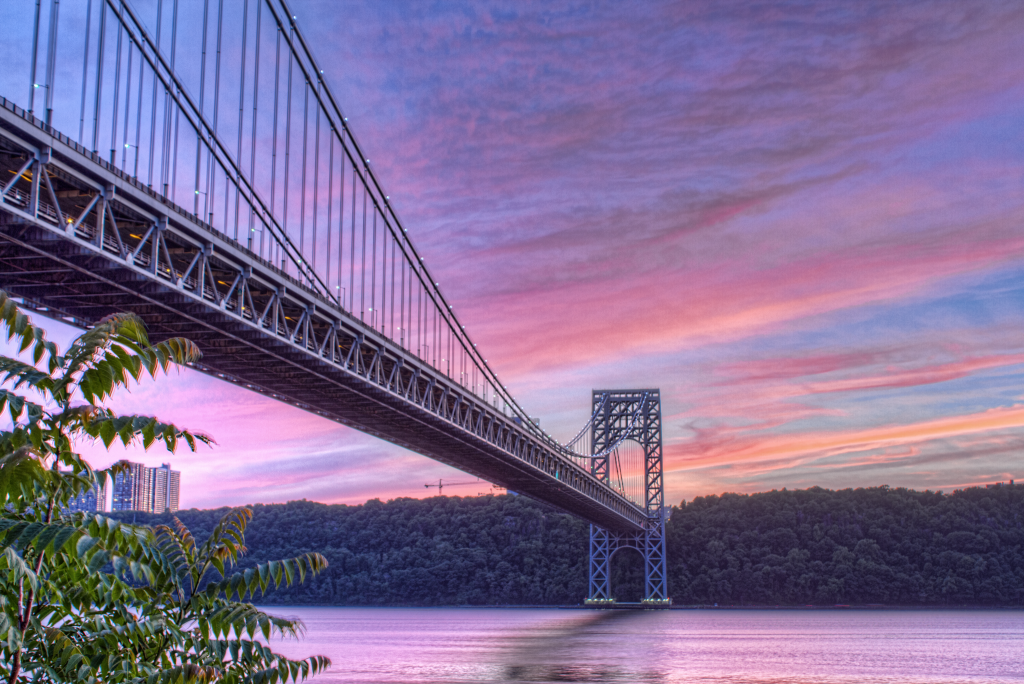 Nightfall on the Hudson

The first of these shots was a lucky accident.  I was on a date with my wife down by the Brooklyn Bridge when we stumbled across this view of downtown Manhattan.  Naturally, I went down to photograph it.  Lucky for me, my wife is a very good sport regarding my photography and was willing to put up with me taking the time to grab a few shots of the scene.  I liked the way the wooden remains of the old pier seemed to “point” right at the southern tip of Manhattan.

The second shot, too, was a lucky accident.  I was shooting up in Fort Tryon Park on the northern end of Manhattan, when I decided to head over to the river and see if I could spot (and maybe photograph) the famous Little Red Light House.  While hiking on a path near the river, I found a clearing that offered this view of the bridge.  As it turns out, it was just about sunset then as well, and I figured that this was the perfect place to capture the bridge as night began to fall.  This shot was the result.

This next shot was shot off of Red Hook in Brooklyn. 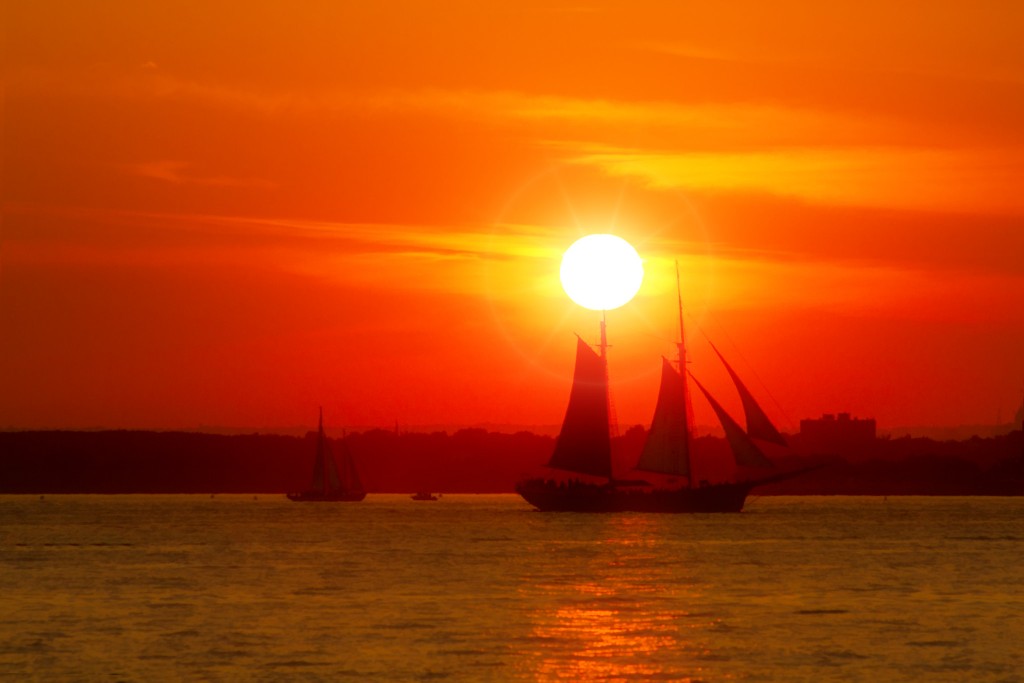 I went to Red Hook to take sunset pictures of the Statue of Liberty.  Unlike other parts of the city and surrounding neighborhood, you can see Lady Liberty’s face from Red Hook.  I got some interesting shots of the statue, but this shot turned out to be my favorite one of the night.  The schooner (at least, I think it’s a schooner — I’m far from a naval expert) happened to pass right under the sun so that the sun was setting right on it’s mast.  The red glow of the sunset just filled the frame with this wonderful color that made this my favorite shot of the night. 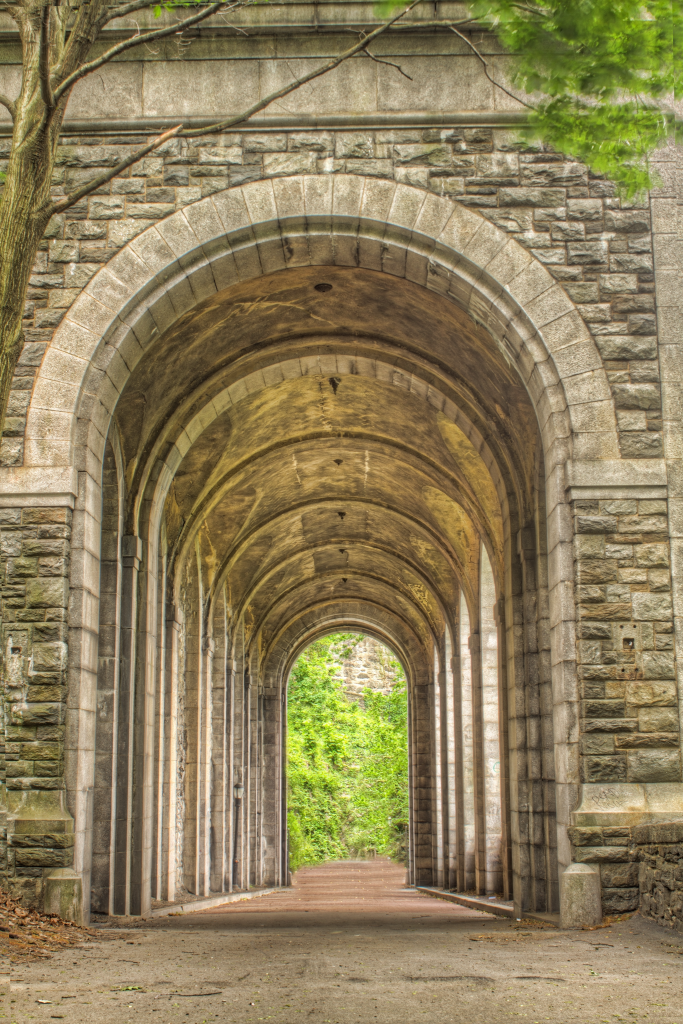 This shot was taken on a trip to Fort Tryon Park.  Part of the park used to be the estate of the Billings family once upon a time and this arcade, which leads to the Henry Hudson Parkway (and served as the entrance to the estate), is among the last of the remnants of the Billings house on the site.

Another shot that I’m proud of is this one: 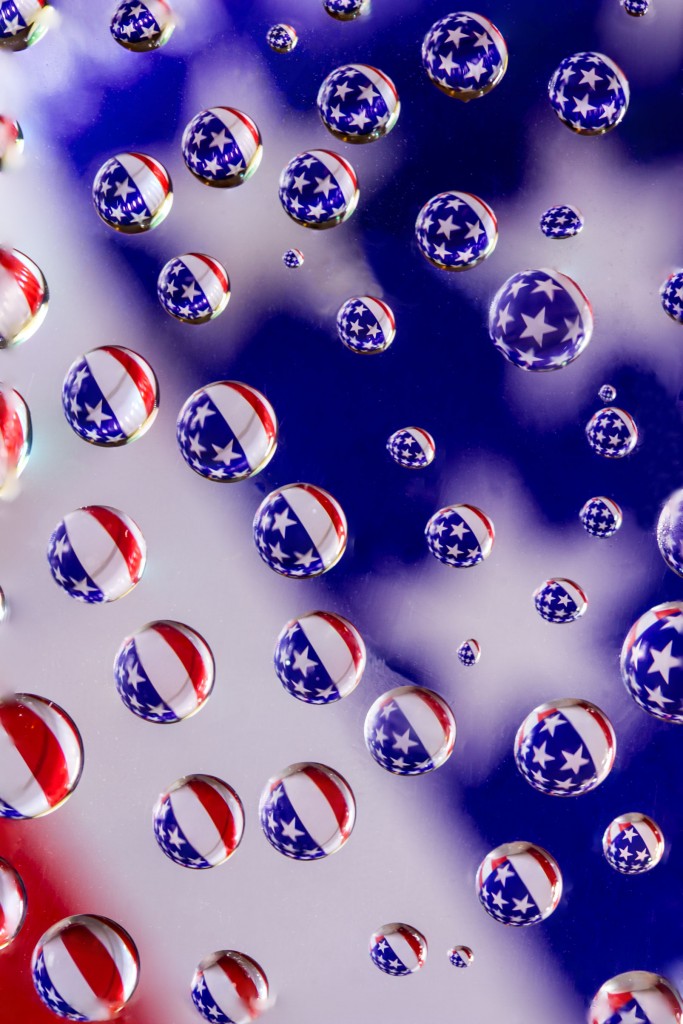 When I started posting this picture in Facebook groups, lots of people asked me how I did it.  I happen to love water drop refraction photography (you can see some of my other refraction shots here) and I’m always looking for something new to try in this area.  The idea here is to focus on the water drops and not on the background.  I did this on July 4 (hence the patriotic theme) and almost everyone I showed it to really liked it a great deal.

The last three shots were all taken on the same day and, oddly enough, I have my boss to thank for it.

My birthday is in the autumn and I love to take pictures of the fall foliage.  The colors are simply amazing.  As it turns out, my boss suggested that I take my birthday off and do something fun.   So, I took the day off and went to Prospect Park in Brooklyn and Central Park in Manhattan.  These shots are the results: 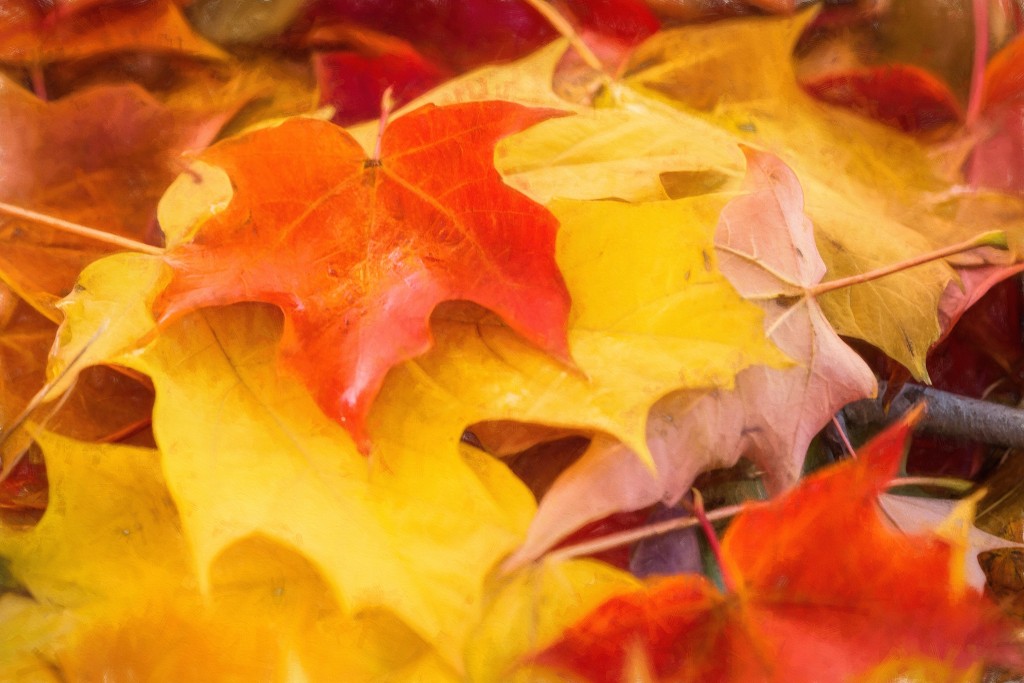 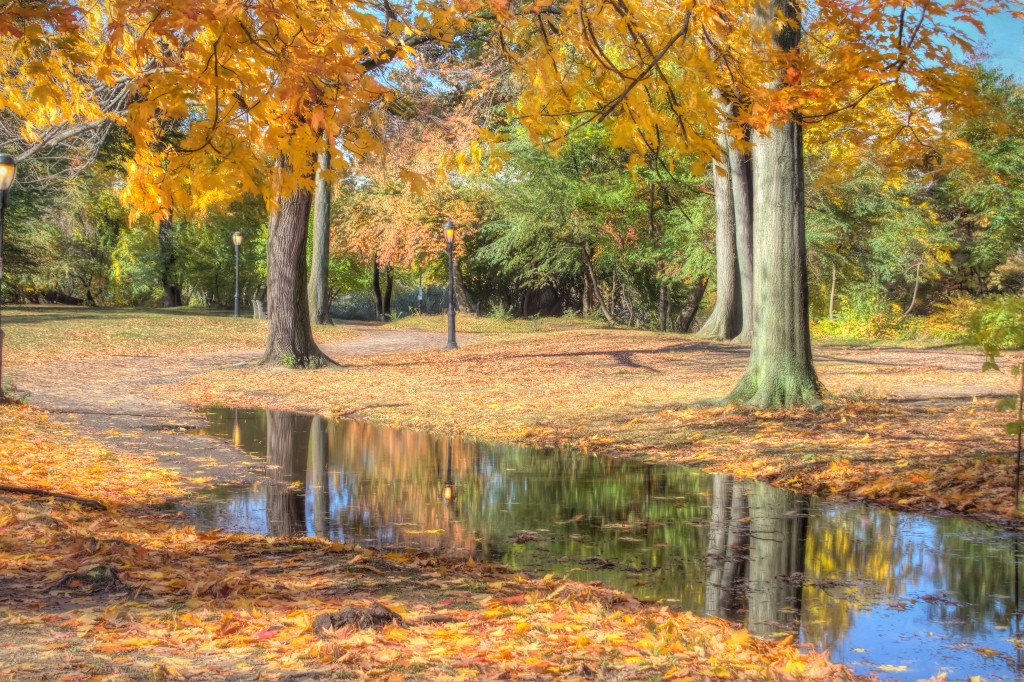 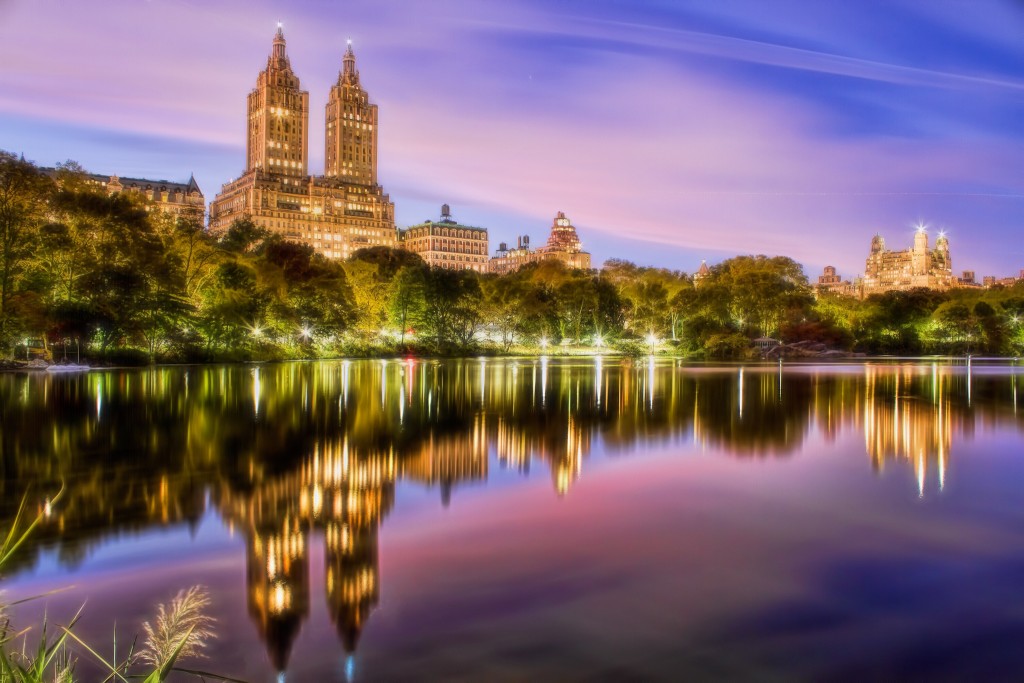 The first two shots were taken in Prospect Park.  I couldn’t help but shoot the leaves on the ground and the puddle.  The third shot, taken in Central Park, is a long exposure shot of the Lake and the San Remo, taken just as it was getting dark.

So, those were my favorite shots from 2015.  On to a new year and new adventures!