As I’ve mentioned in the past, I’m a sucker for waterfall shots.  However, there aren’t too many waterfalls in and around New York City (where I live), so I don’t get to take them very often.  So, imagine how surprised I was when, while roaming around Prospect Park in Brooklyn, I came across this little scene. 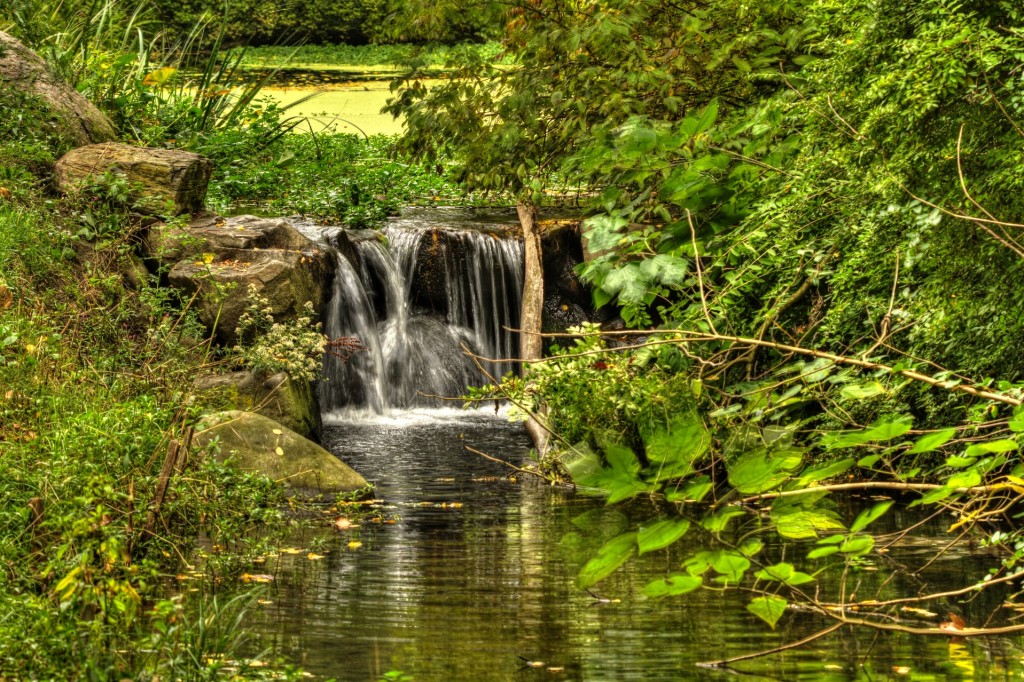 A Small Little Slice of Heaven In Prospect Park

Yes, it’s a very small waterfall, but it’s still beautiful, which, in my opinion, is what counts far more than the height or the volume of water.  Fortunately, I had my tripod with me, so I was able to set up and take multiple shots of this little waterfall.  Without my tripod, I could never have captured this image (which is actually blended from seven images captured at different exposures).

This shot was taken at the beginning of October and one of the things I love is that you can just begin to see the changing of the colors of the leaves.  There is just a hint of yellow on some of the leaves, giving a tease of the grand colors that would be there in the week or two that followed.