As you would expect when dealing with a city built largely on islands, there are a lot of bridges in New York City.  Every bridge in the city is different — each has its own story to tell in terms of its history, design or function.

The longest bridge in the city is the Verrazano-Narrows Bridge.  It was built in the early 1960s to connect Brooklyn and Staten Island.  Until then, the only way to get to Staten Island from the rest of the city was by ferry. 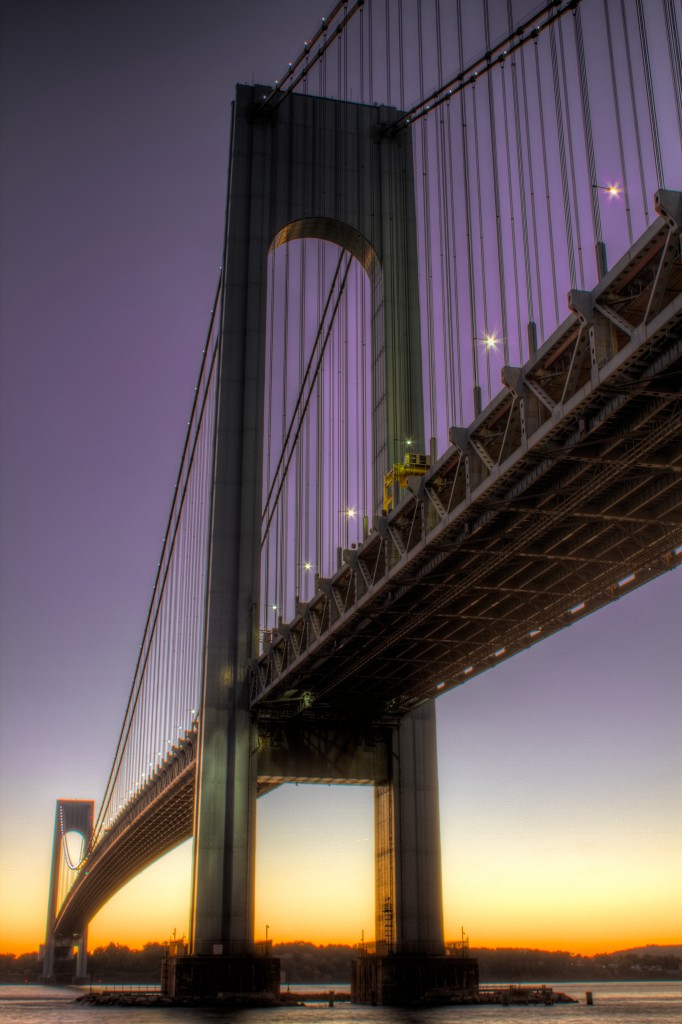 Aside from its length, you could easily say that the Verrazano-Narrows is overshadowed by other bridges in the city.  It’s certainly not as legendary as the Brooklyn Bridge.  It doesn’t carry as much daily traffic as the George Washington Bridge.  It doesn’t have the antiquity of the recently-reopened High Bridge.  It hasn’t been immortalized in song as the 59th Street (Queensboro/Ed Koch) bridge was. 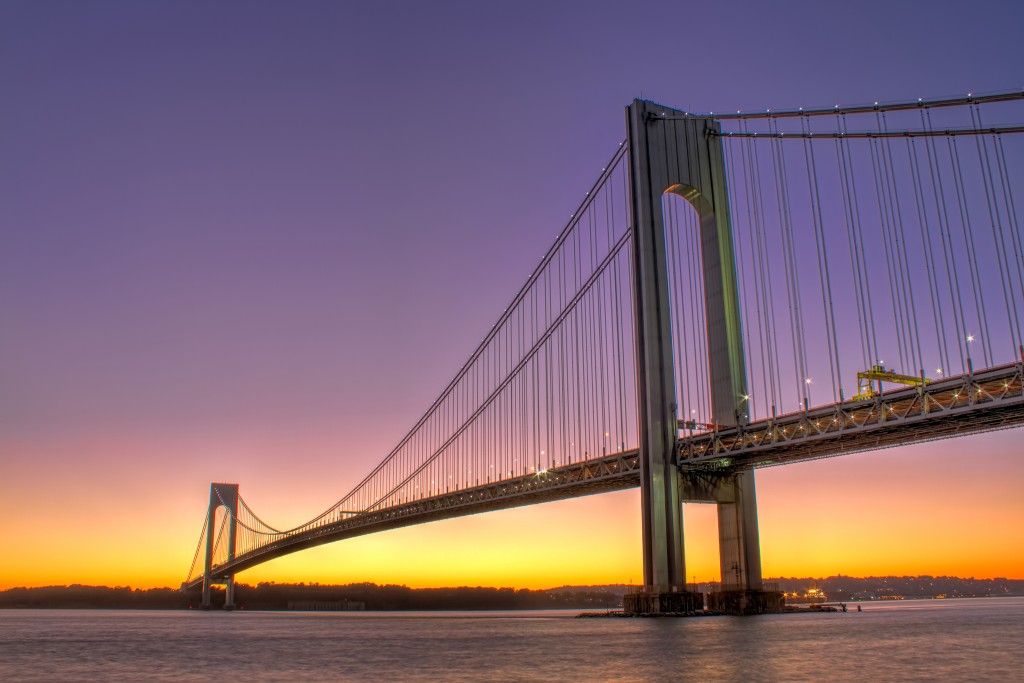 But yet, there is no denying that the Verrazano-Narrows bridge is still unique and special to New York.  Much like the Brooklyn Bridge, it’s construction was considered an engineering triumph of the day.  When completed, it was the longest suspension bridge in the world.  The two bridge towers, 693 feet high, are actually not in parallel.  Due to the curvature of the earth, they are about 3 inches further apart at the top than they are at the bottom.

I’ve lived in southern Brooklyn since I was nine years old, and the Verrazano-Narrows bridge is a visible landmark visible from most of the region.  I could see it just about any day that I walked westward along Avenue M where, off in the distance, the bridge’s eastern tower rises into the sky.

While the Verrazano-Narrows Bridge is not as iconic (and perhaps not as beautiful as) the Brooklyn Bridge, it does have a beauty all its own.  I recently took a stroll along the Belt Parkway last Sunday at sunset, hoping to catch some nice shots of the bridge.  As you can see from the shots here, I was not disappointed.  The bridge and the sunset together put on an amazing display that I was privileged to be able to attempt to capture. 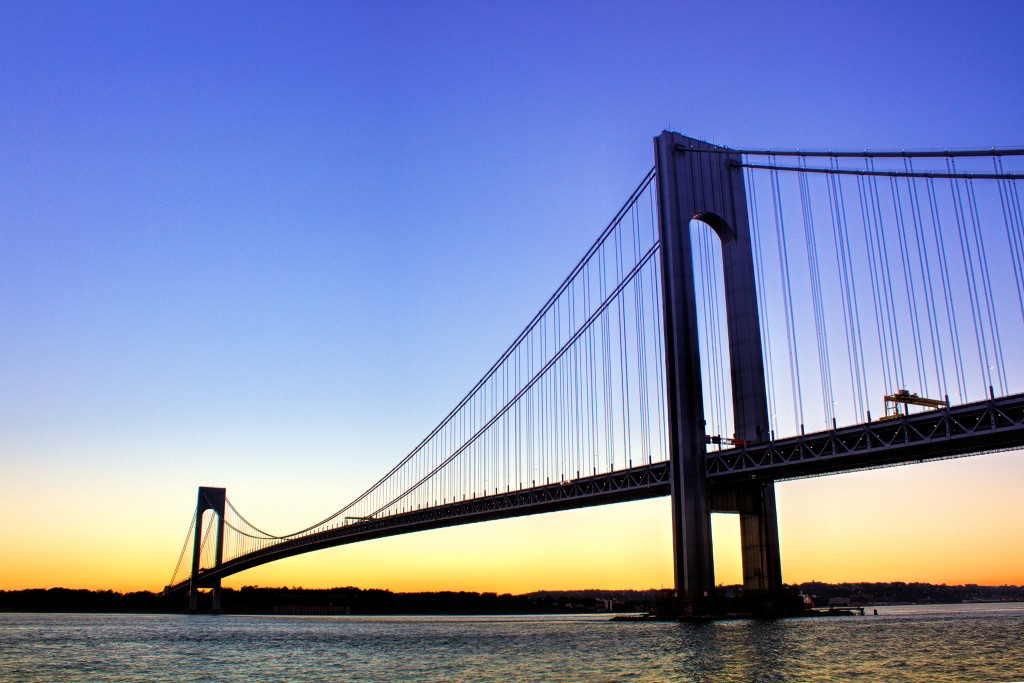 As always, your feedback on these photos is encouraged and appreciated.  Please feel free to let me know what you think!