I love photographing waterfalls.  There is something that is calming and serene and peaceful about a nice waterfall — especially one that is tucked away in a nice, out-of-the-way place.

When I was hiking through Minnewaska State Park two autumns ago, I found a very large waterfall — somewhere between forty and sixty feet in height.  I took some shots of it, but, truth to tell, none of the shots came out all that well.  The amount of water coming over the fall was very little in comparison to the size of the fall itself, and the stream just seemed to get lost in the rock face in the pictures that I took. 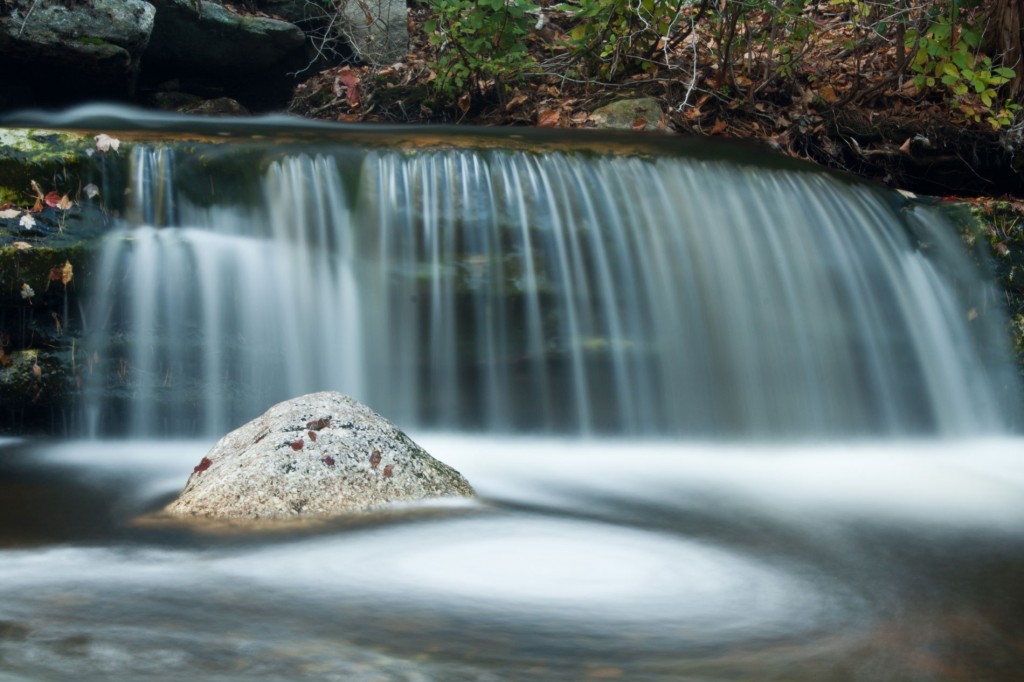 I spent a lot more time at this small waterfall than at the big one further down the trail.  The amount of water coming over the fall, the rock and the little eddy pool that it formed made this shot far more interesting than anything I could have gotten at the bigger falls.  Which, I guess, goes to prove that, at least where waterfalls are concerned, bigger isn’t always better.