It’s amazing how the time gets away from you.  Apparently, it’s been four months since I last made a post.  Well, let’s see if we can catch up with what’s been doing with me.

In past years, in the fall, I’ve gone away in the fall to take pictures of the fall foliage.  This year, because I was working as a contract employee in my main job (and did not have any paid time off), I could not take the time off to spend a day or two shooting upstate as I like to do.  However, that does not mean that I didn’t shoot — I just had to change a few things.  Instead, I ended up shooting in two different places on Sunday mornings and afternoons – Hacklebarney State Park in New Jersey and Wave Hill in the Bronx.

Hacklebarney State Park is a beautiful park in North-Central New Jersey.  There are lots of great hiking trails and great scenic beauty.  There were also lots of waterfalls, which, for me is always a treat as I’m a big sucker for waterfall shots.  However, after reviewing the shots I took, I found that I wasn’t truly impressed with any of them.  They were okay, I suppose, but they lacked that special… spark that I like to find in my shots.  Perhaps I’ll go back and revisit them in a month or so and see if my feelings have changed.  But let me be up front in saying that the park is a beautiful place — the fact that I didn’t come away with any great shots is not the fault of the park.  That lies with me.

In any event, that’s also not to say that every shot I took was bad.  There were a few that I took that I thought were decent.  Here are some of them. 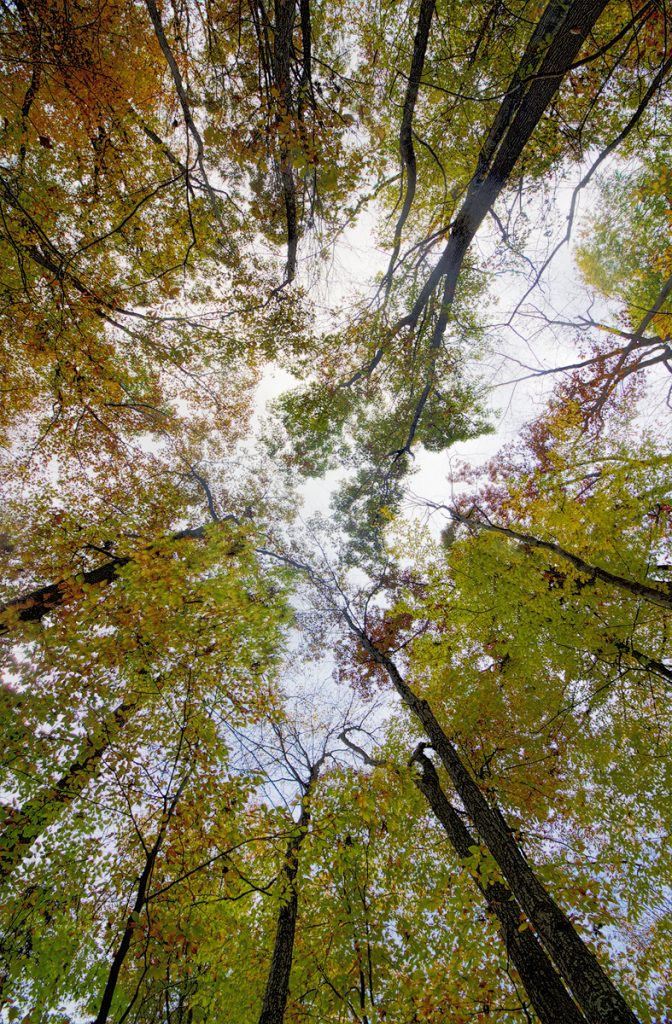 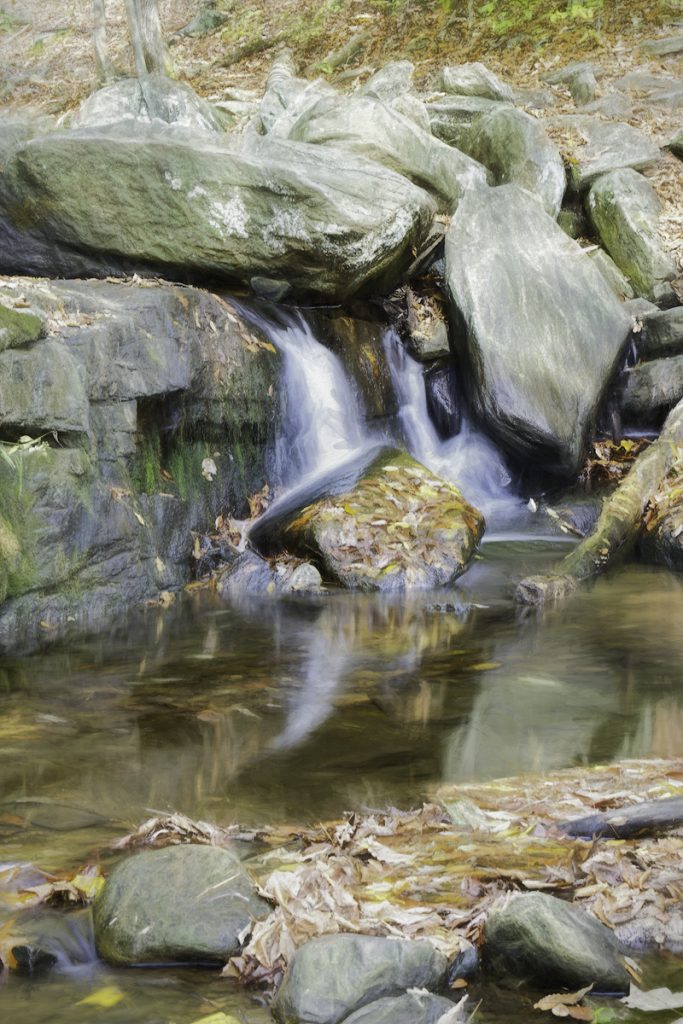 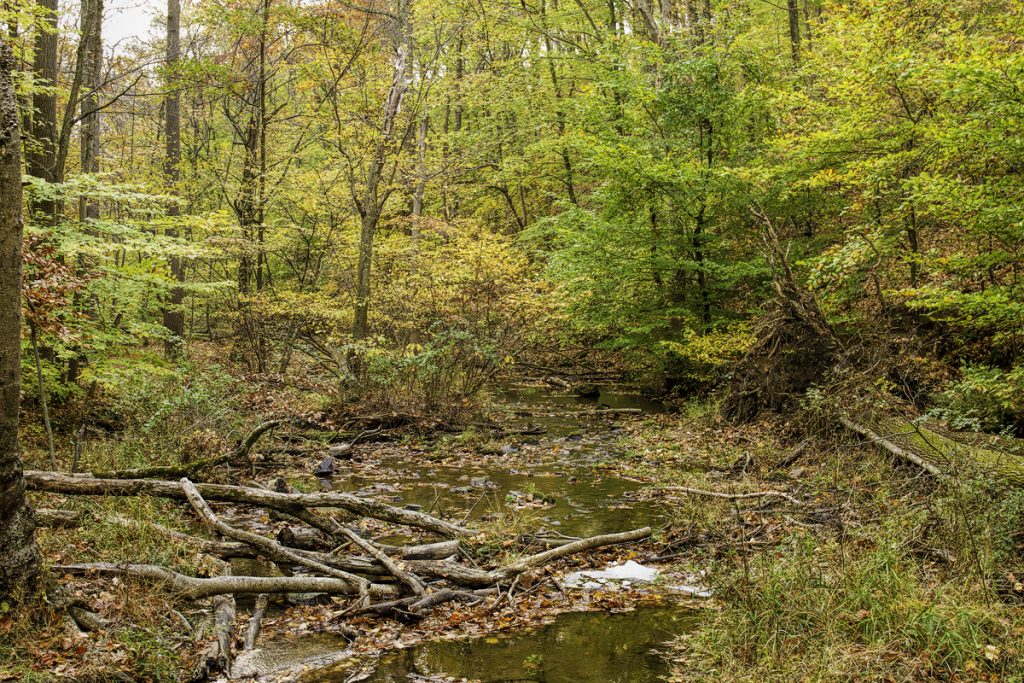 The other place I went to for fall foliage shots was Wave Hill, in the Bronx.   Wave Hill is a public botanic garden with a great view of the Hudson River and the Palisades.   I had heard about the park before and had wanted to go there, but every time I planned it, something interfered with those plans.  Finally, I managed to get there – and I was not disappointed.

Wave Hill is a small park – you can easily cover it in half a day – but packed in that small area is an incredible amount of scenic beauty.  The fact that I was there at the height of the fall foliage season only  made it even better.  I took a lot of shots that day and here are some of my favorites. 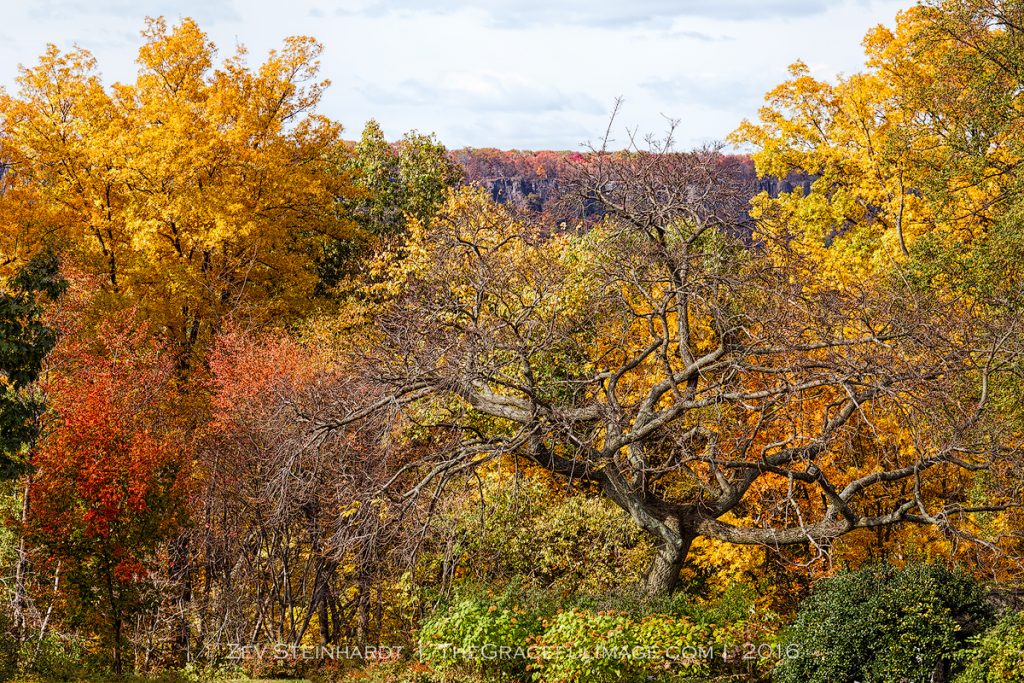 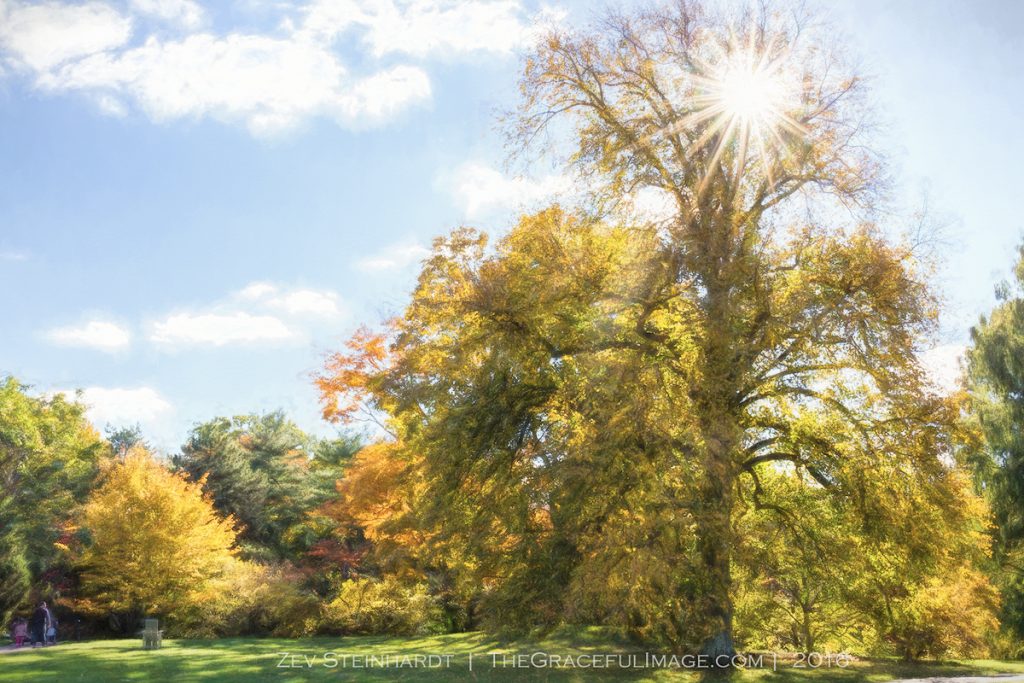 The sun over a tree at Wave Hill in Bronx, NY 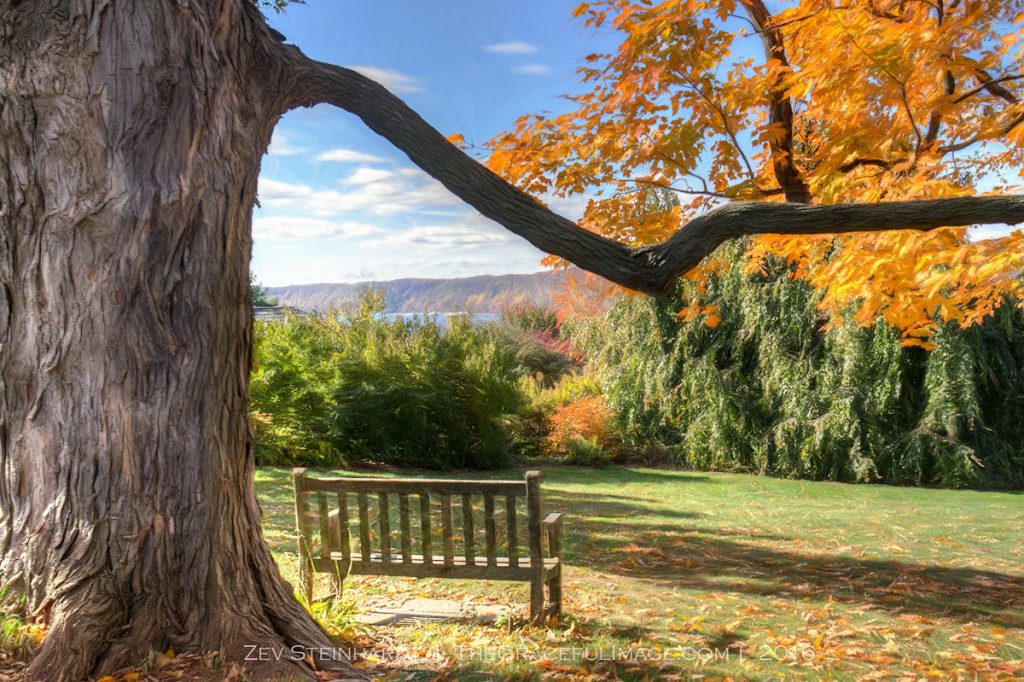 I love this last shot.  I saw this little bench sitting under this big ancient tree, with the fall color and the Hudson and Palisades in the background and could not resist taking this shot.  This is just the type of shot where a person could easily while away the afternoon with a good book and cool drink on that bench.  I think that I’ll eventually blow that one up and hang it on a wall somewhere in my home. 🙂

That’s all for the nature portion of the update.  Afterwards, I’ll catch you up with the shots I’ve taken around New York City in the last few months.  There are some really nice ones in that bunch, so please check back. 🙂