This past week’s theme for 52Frames was “Patterns.”  I took a day and wandered about downtown Manhattan, looking for patterns and found them everywhere.  Skyscraper windows make great patterns.  Cobblestones on sidewalks.  Tiles in the subway.  Arches, lights, benches, monuments… all of which can produce amazing patterns.

In the end, I narrowed my choices down to two pictures.

The first, titled “Freedom’s Arrow” is a shot taken from the base of the new One World Trade Center in downtown Manhattan.  I stood at the base of the tower and simply pointed my camera up.  This was the result: 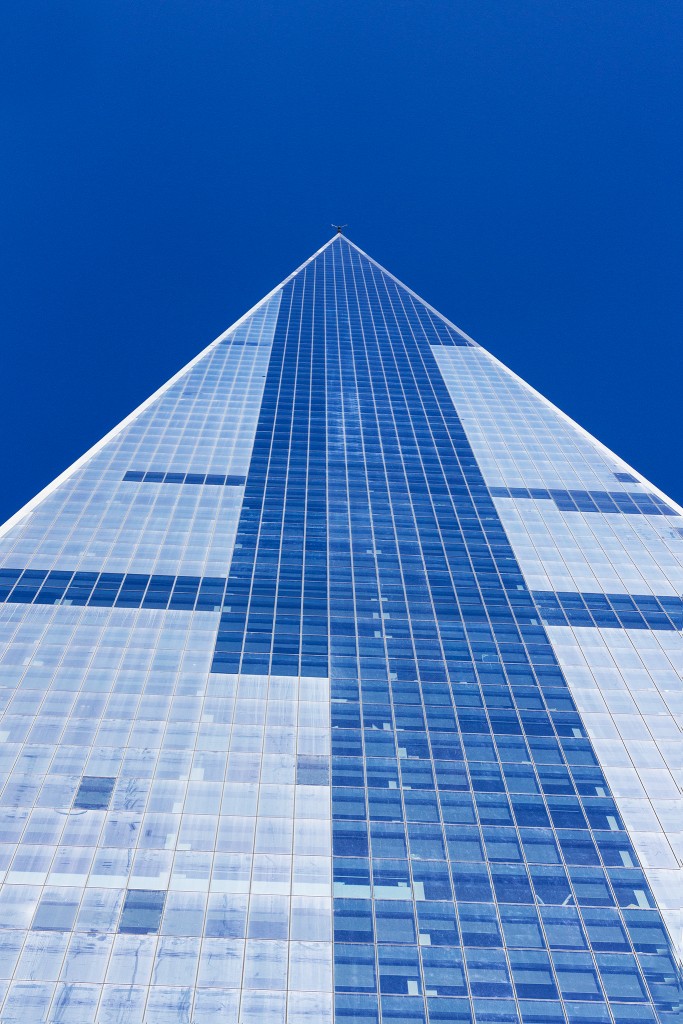 The other shot that I liked was one that I took from the Brooklyn Bridge.  There are lots of things to focus on while on the bridge, but I was out looking for patterns and found something that appealed to me: 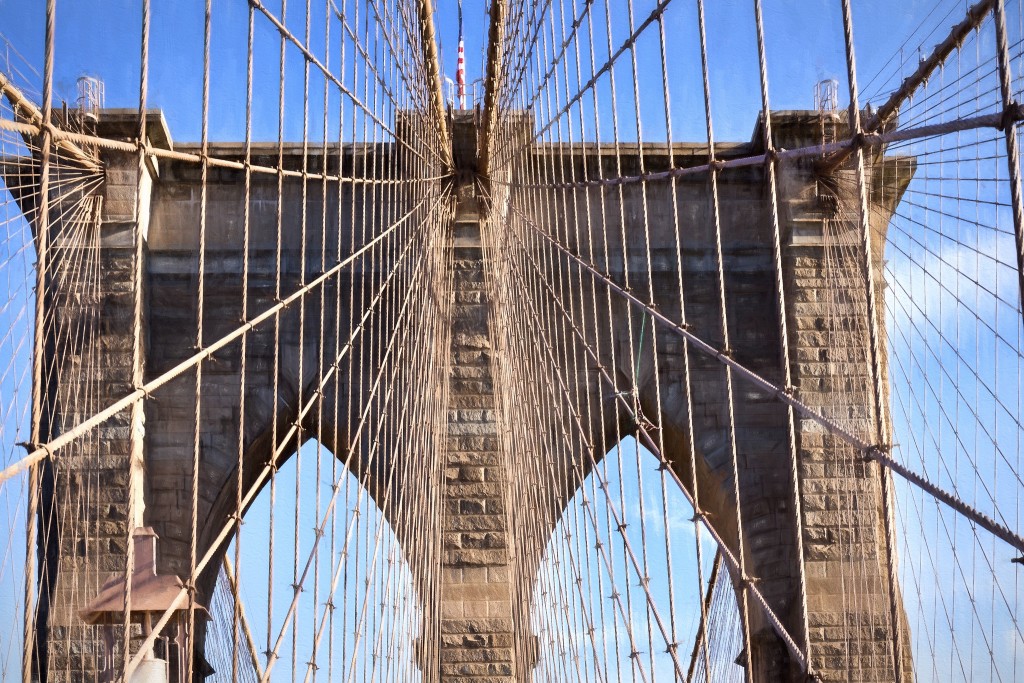 I like this shot because of the repeating patterns and the leading lines that lead you straight to the center portion of the arches and the flag.

In the end, I chose the tower picture.  I like the simplicity of it and the blue of the sky and the tower windows.

What do you think?  Did I make the right choice?  Or should I have gone with the bridge shot?