Last week’s theme for 52 Frames (the weekly photography group I’m in) was “Greetings From…,” where you are supposed to showcase your home town (or wherever it is you are traveling that week).  Living in New York City, that gave me several options on where to shoot.

When you ask someone to name a famous place in New York, I believe you’ll find that most people will respond with one of three responses…. Times Square, the Empire State Building and the Statue of Liberty.  Those are, in my opinion, the “big three.”  That’s not to state that there aren’t other places that people would mention — New York has lots of great places, but I believe those three would dominate the answers given.

That being said (and the fact that I work in Times Square), I figured that Times Square would be the best bet for a photo.  As it is, I’ve had some success shooting in Times Square in the past.  In fact, one of my favorite photos was taken two years ago in a snowfall in Times Square: 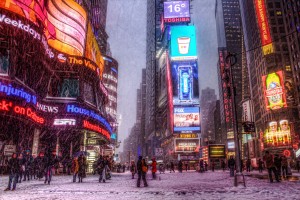 I didn’t have a chance to shoot during the day… during the winter the day is short and I’m usually stuck indoors working during the daylight hours.  So, considering I was going to be shooting at night, I decided to focus on the colors and lights and activity of Times Square.  I was going to try to soak up as much color and light as possible for my shot.  I found a spot off to the side of Broadway (you can’t shoot in the middle of the street at rush hour!), attached my camera to my tripod, zoomed my lens out as wide as it would go and shot.  In the end, I shot from several locations around Times Square and came away with two shots that I really liked.

Here’s the shot I submitted: 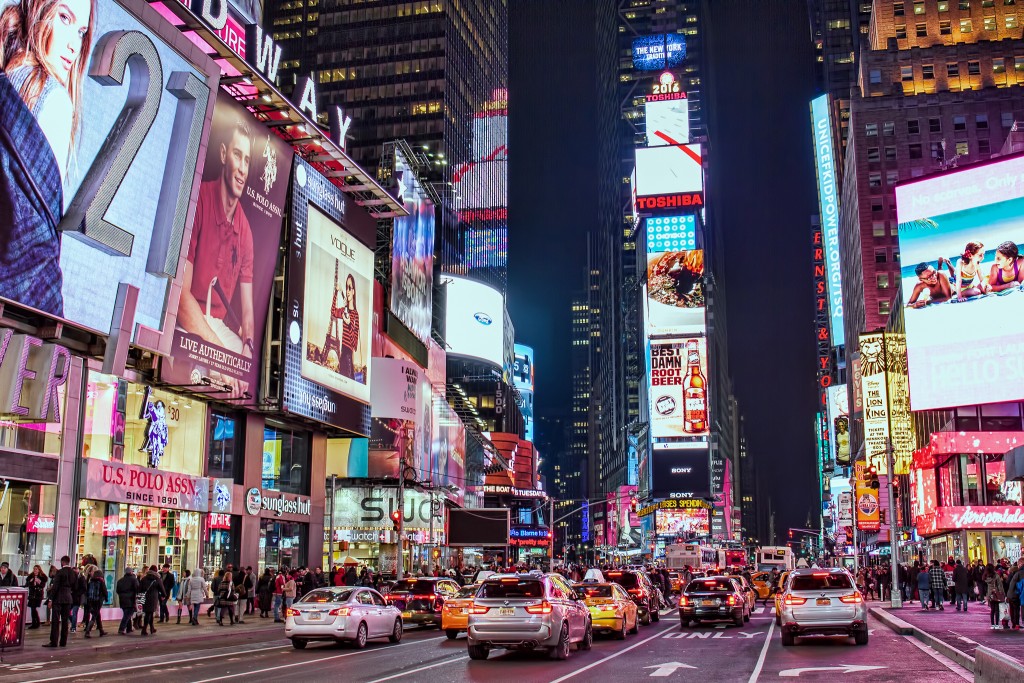 Times Square on a winter evening.

Here is the one I did not submit: 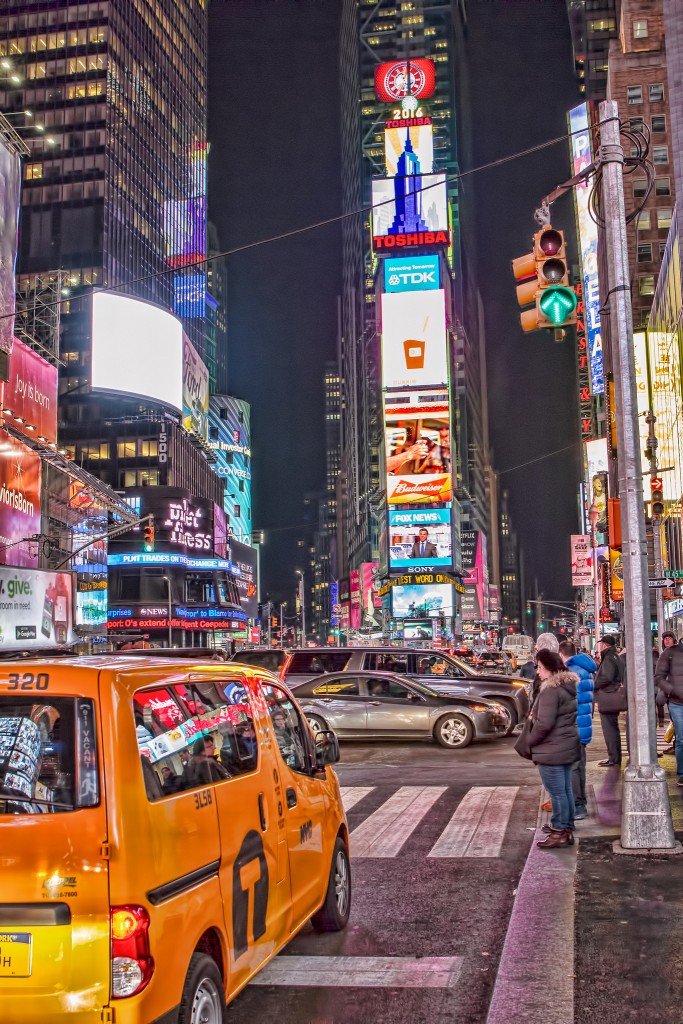 I would have loved to submit both, but in the end, I had to pick one.  I asked several people for their opinions and most of them chose the top shot, which is the one I was leaning towards too.

What do you think?  Did I pick the right shot?  Or do you like the lower one better?  Let me know…