I recently took a trip to Madison, Wisconsin for business, but I brought along my camera gear in order to do some shooting after my business meetings were done for the day.

One of the places I wanted to go to was a small park called Tenney Park. It sits right on the shore of Lake Mendota and I scheduled my last night there to shoot the sun setting over the park.

I arrived at the park about two hours before sunset and began looking around for locations to shoot from. All was fine and well, until I realized that a bunch of low lying clouds were going to soon obscure the sun. Sure enough, within a few minutes of my arrival, the sun was hidden behind a thick blanket of clouds — never to be seen again that day. Needless to say, my sunset shot over the lake was completely ruined.

I suppose I could have just turned around and went back to my hotel room. But had I done that, I would not have gotten this shot: 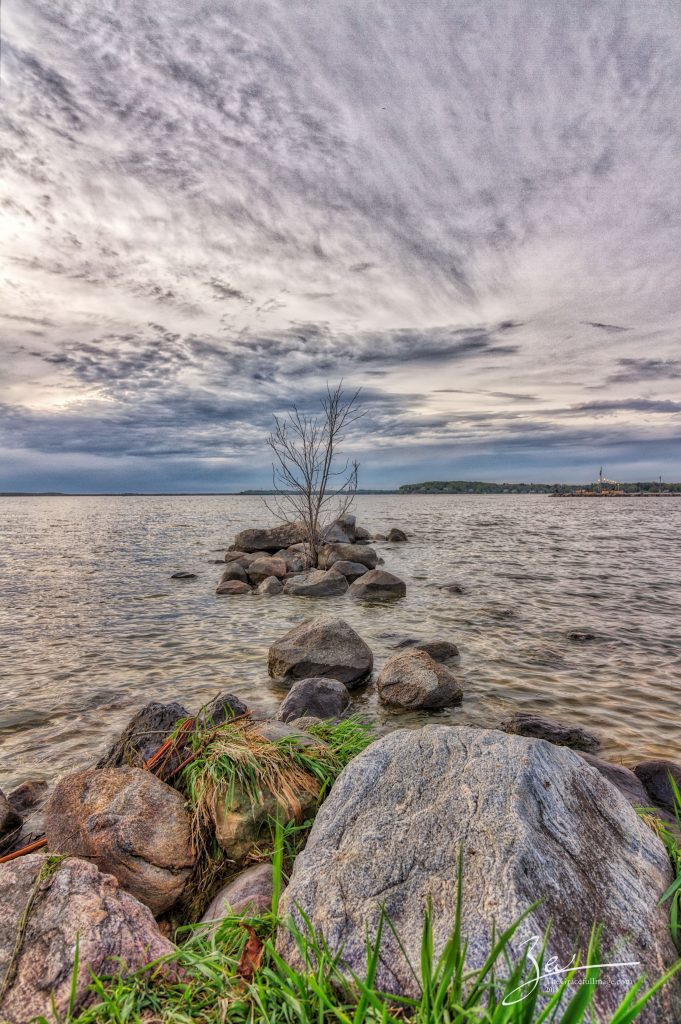 I don’t know that this shot is better than a nice colorful sunset would have been, but it is certainly better than no shot at all. And that, I suppose, is my point.

Not every shot you take is going to be a success. But every shot you don’t take is, by definition, not a success. Yes, I’d have loved to get a nice sunset, but, for reasons that were beyond my control, that was just not going to happen. So instead, I made due with what I had — and in the end, I think I did fine.

So, don’t let adversity prevent you from shooting. So what if the sun doesn’t cooperate? So what if you left a filter at home (I’ve done that). So what if you suddenly find you have your tripod, but not the mount (I’ve done that too!)? Just shoot! Yes, it may not get the shot you originally wanted, but at least you’ll have something and, who knows? You might even get something better than you expected.