Built in 1931, the bridge is 4760 feet in length and is the most-traveled bridge in the world on a daily basis, carrying an average of 300,000 people every day.  It’s also one of the most photographed bridges in the city.

I’ve photographed the bridge in the past, taking these shots from various points: 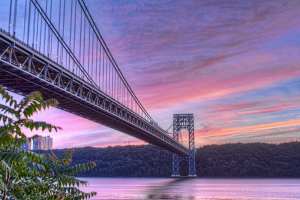 Nightfall on the Hudson 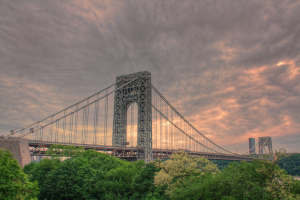 The George Washington Bridge at Sunset.

Recently, I had the opportunity to go back to Fort Washington Park and shoot the bridge again, catching just as the sun set behind the Palisades, casting a beautiful orange glow across the clouds and sky.  And, of course, I had to get a shot of the famous Little Red Lighthouse at the foot of the bridge. 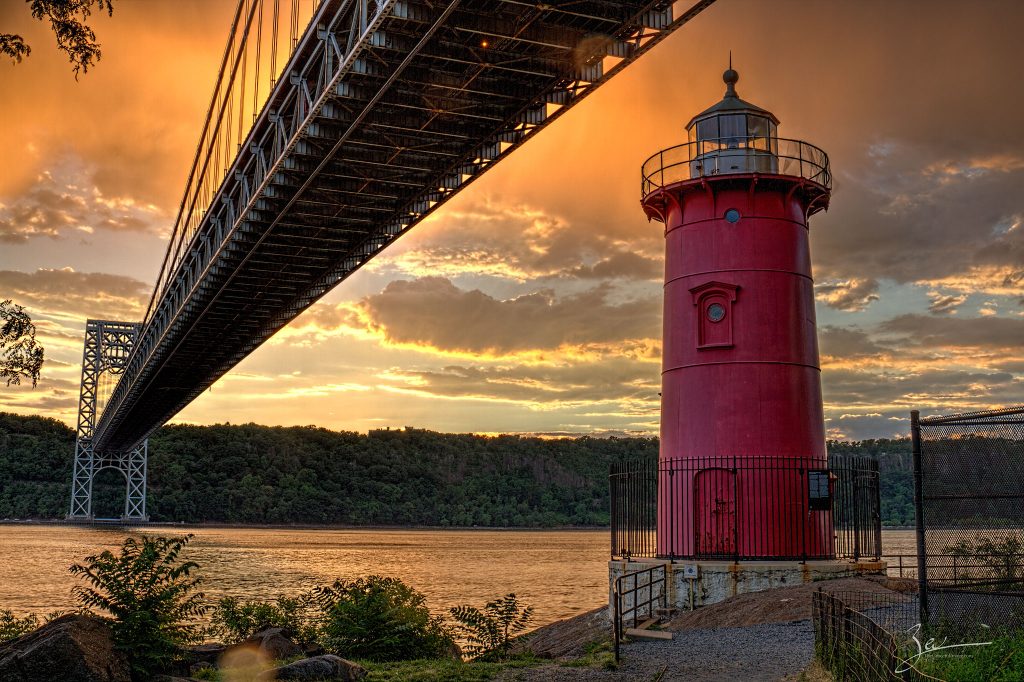 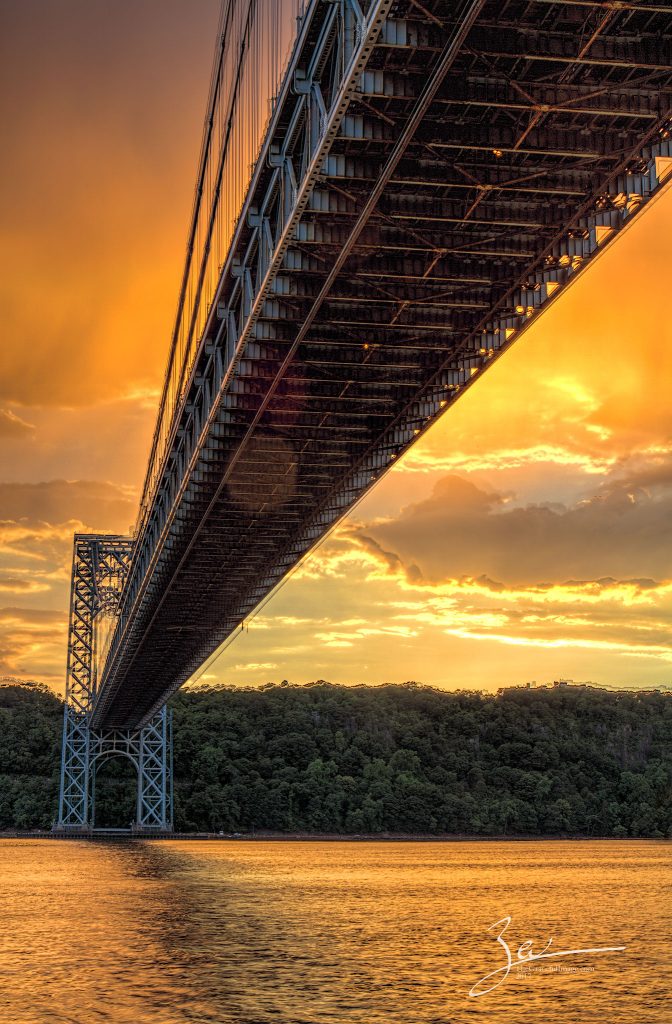 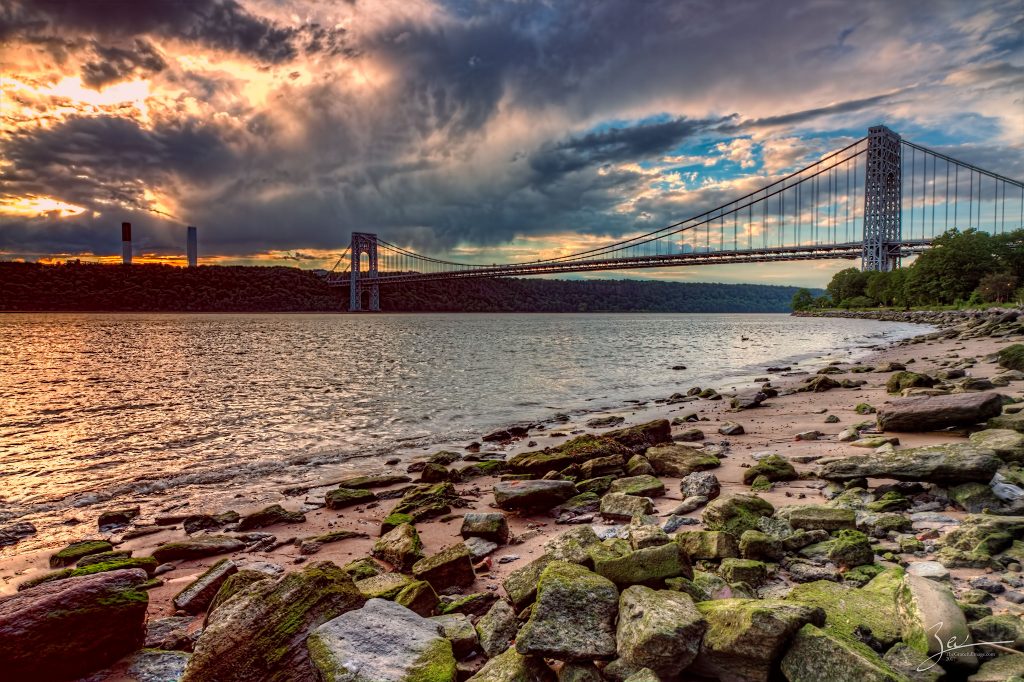