Last January, I took a photo of Times Square during a snowstorm.  This photo quickly became one of my most popular images.

As it turns out, that week happened to be “Greetings From..” week in 52 Frames and so, I submitted this shot to the album.  It was well received and was named the #3 picture in the album.

By one of those odd quirks of fate, this past week we had a major snowstorm here in New York City and, again, it was also “Greetings From…”  week.  I decided to try and capture a similar scene, but this time showing the other end of Times Square.  This shot is the result… 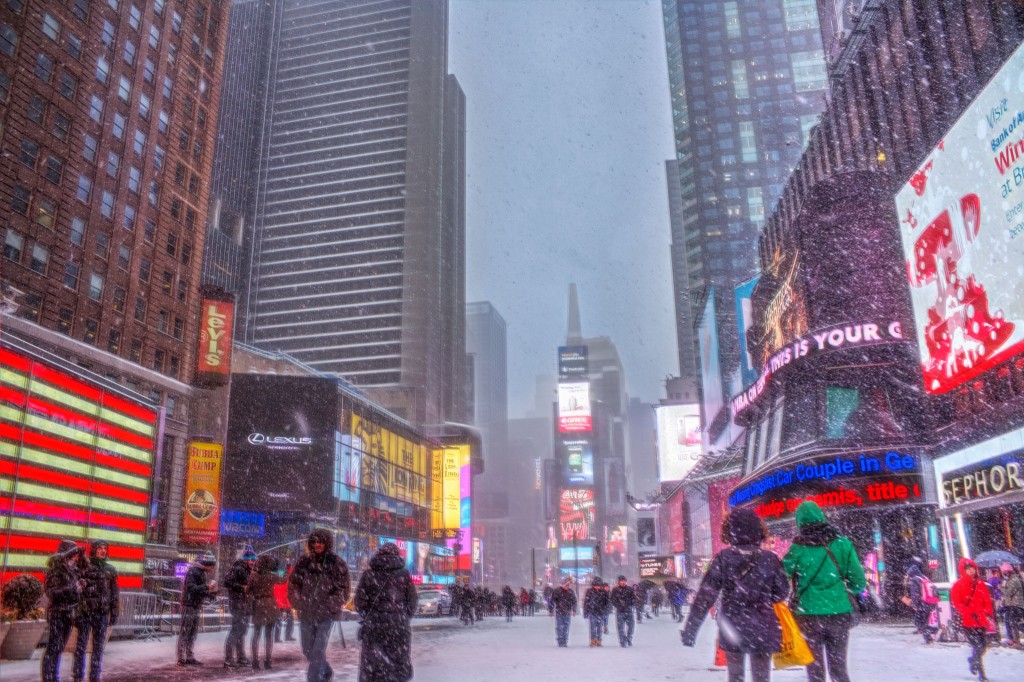 What do you think?  Does this photo live up to last year’s?  Or was last year’s better?  Please feel free to let me know in the comments.